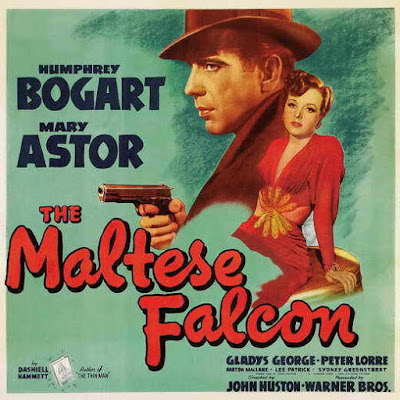 With the remake trend showing no signs of stopping, I wouldn't be surprised if this one actually happens.

Some might call remaking The Maltese Falcon a sacrilege, but the 1941 classic film was actually the third onscreen adaptation of Dashiell Hammett's 1929/1930 novel. It was preceded by a 1931 version, which was apparently not great anyways, and - due to keeping the book's sexual and gay elements - censored after the Hays Code came into effect in 1934. Then in 1936, another version was released, but ended up differing so much from the source material that it was renamed Satan Met a Lady.

My dream version might not top the 1941 film, but hopefully would be more successful than the 1931 and 1936 attempts!


In the opening paragraph of The Maltese Falcon, Dashiell Hammett writes of detective Sam Spade, "He looked rather pleasantly like a blond Satan." Somehow, I get Armie Hammer out of that. Sam Spade became a noir archetype: the always-cool, always-aloof detective who tells no one his plans or his emotions. Even though he's The Maltese Falcon's POV character, we don't really know how he feels about anything. Is he always 100% confident in himself? How does he really feel about his various love interests? There's a lot for Hammer to work with here besides a Bogart impression.


I thought of several iconic redheads for this role (even though hair can obviously be dyed), including bubbly Emma Stone and elegant Jessica Chastain. Ultimately, though, it's Amy Adams's range and micro-expressions I'd love to see in the ultimate femme fatale. We're first introduced to her playing a damsel in distress named Wonderly, but even after she comes clean on that facade, we're never sure when she's playing a role or not. This part needs an actress who can play several layers of character, and we need to believe her every time. Adams it is!


Joel Cairo, a small, flamboyantly dressed "Levantine" man, doesn't come off as threatening. In fact, Hammett leans hard into mincing, effeminate gay stereotype. However, like Gutman, Cairo can be ice-cold when it comes to money. Played by Peter Lorre in the 1941 film, this scene shows why he shouldn't be underestimated. Versatile Shakespeare-and-Star-Wars Ahmed could rock this.


Some might see this gender-bending pick and complain about feminism, but the 1936 film made this same switch, and look, Philip Seymour Hoffman is dead. Oscar-winning Colman would slay this role as a scheming, wealthy, globe-trotting crime boss determined to get the Maltese Falcon by any means necessary.


Amateurish gunman Wilmer Cook is admittedly not great at tailing people undercover, but he's apparently pretty skilled under the covers. We learn that there was previously a rivalry between Cairo and Brigid for his affections (Cairo won), and this battle is briefly rehashed with a slap fight. Unfortunately for both Cairo and Brigid, a later scene suggests Wilmer actually has a the hots for Rhea, Gutman's daughter. Gutman, meanwhile, is like a surrogate parent to Wilmer, but is willing to negotiate on that.

Fun fact: Originally, Hammett had Spade refer to Wilmer as a "catamite," but his editor thought that was too explicit. So Hammett used "gunsel," a word that basically meant the same thing (a gay man's boy toy), but was more obscure. Since Wilmer is also a gunman, lots of readers took gunsel to mean that, and the meaning has morphed. 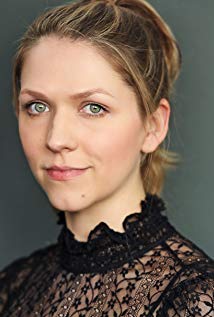 Effie Perine is Spade's optimistic, competent Girl Friday secretary. The Maltese Falcon presents an extremely rose-colored-glasses version of workplace sexual harassment, where Spade calls Effie lots of pet names and rests his head against her for comfort, and everything is portrayed as consensual and harmlessly platonic. (I'd tone down the pawing for sure.) As a longtime administrative professional, I've got a soft spot for Effie.


Yeah, this is a small role for Aubrey Plaza, but she could have fun with it. Iva Archer is the wife (and quickly widow) of Miles Archer, Spade's doomed partner who is too boring and inconsequential to cast. Also, she and Spade have been having an affair. The Maltese Falcon is a roller coaster of a few days for Iva, who's kept in the dark regarding the central case. Her husband is murdered, and she thinks her lover, Spade, might have killed him in order to marry her. But then he freezes her out and she sees him with Brigid. Furious stalking on Iva's part commences. The novel ends with Spade finally about to meet her in his office to explain everything. (How that conversation goes is left up to the reader.) 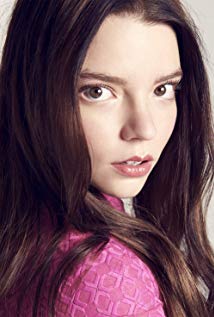 Rhea's role in The Maltese Falcon is the most confounding. She comes out of nowhere, and her part seems to be a red herring. However, her short scene - drugged, keeping herself awake by scratching her stomach with a pin, ostensibly trying to help Spade - is lurid enough to stick in one's imagination. What's her story? Whose side is she on? Maltese Falcon expert and super-fan Don Herron summarizes a few fan theories here, including one that attests she and Wilmer are actually one and the same! I personally don't think that's the case, and as such would cast different people in the roles. Anya Taylor-Joy, of The Witch and Thoroughbreds, would be beguiling in a cameo as Rhea.

The Dead Gay Man: Burn This and Tom at the Farm

When news broke that tickets were on sale for Burn This, a revival of a sexy, intense 1987 Lanford Wilson play starring Adam Driver and Keri Russell, I felt deeply envious of people who lived in or near New York. Those lucky people would be able to see film director favorite Adam Driver on the stage, where he started racking up accolades the moment he graduated from Julliard in 2009! They would get a preview of the chemistry between Kylo Ren and the new character played by Russell in Star Wars: Episode IX! Why couldn't I be like those fortunate ones? Then I remembered that planes were a thing.

So a month later I was in New York, in the Hudson Theatre, terrified that at the last minute they would announce that Driver had the flu or something. But that didn't happen, and the show began! Then a different thought came to mind. "Wait a second. Is this Tom at the Farm?"


Tom at the Farm, or Tom à la ferme, is a 2011 play by Quebecois playwright Michel Marc Bouchard. I was introduced to the play back in 2015 through Xavier Dolan's film adaptation. I eventually read the English translation, but found that it's a work where staging is really integral. (For this post, I'll mostly be going off of the Dolan film.)

I'm not suggesting plagiarism or anything like that. But let me explain:

When Burn This starts, Robbie, the dance partner of Manhattan woman Anna, has died in an accident along with his boyfriend. Anna relates how she showed up at his funeral to discover her friend's conservative New Jersey family didn't know he was gay. They assumed/insisted that she was his girlfriend, and she found herself roped into spending the night at the family's house. Soon, she finds herself in a passionate yet ill-advised relationship with her deceased friend's volatile older brother, Pale, who knows his brother was gay and looks eerily like him.

When Tom at the Farm starts, Guy, the boyfriend of Montreal man Tom, has died in an accident. Tom shows up at the funeral to discover his boyfriend's conservative rural Quebec family didn't know he was gay. They assume/insist that a female co-worker, Sarah, was his girlfriend, and Tom finds himself roped into getting Sarah to come to the family's house. Tom finds himself in a passionate yet ill-advised relationship with his deceased boyfriend's volatile older brother, Francis, who knows his brother was gay and looks eerily like him.

Both stories also have creepy dying animals (butterflies, cows), gay men in advertising, dancing, a hit 1980s song ("I'm on Fire" for Burn This, "Sunglasses at Night" for the Tom at the Farm movie), and a very important handwritten note on a scrap of paper.


What interests me about the parallels is that Tom at the Farm feels like it took the basic situation (cosmopolitan gay man dies, more "traditional" family is in denial about his sexuality, woman pressured into posing as his girlfriend) and re-centered on the gay characters, even bringing one back from the dead.

Gay characters in Burn This are important, but on the periphery from the main action. When the play starts, boyfriends Robbie and Dominic are already dead and buried. Larry, roommate to Anna and the late Robbie, is an important and scene-stealing character, but very much of the "sassy gay friend" trope. That he doesn't come off as too cartoonish in 2019 is due to Wilson's thoughtful writing and Brandon Uranowitz's performance. (In an interview, Uranowitz describes the part as "a dream role" and not in need of "modernizing.") Still, it's hard not to notice that Larry's function is mostly to provide humor and assist the heterosexual romance between Anna and Pale.

In Tom at the Farm (at least in the movie version), the analogous Pale/Anna tryst between Francis, the dead man's older brother, and Sarah, the co-worker who has to pretend to be the dead man's girlfriend, does occur, but as a quickie in a truck. The main focus is on the relationship between Tom and Francis. And whoo boy, what a relationship it is. The Anna and Pale relationship is a series of unstable, drunken, grief-fueled hookups, but is still miles healthier than what Tom and Francis get up to. While Pale, a sleep-deprived coke addict, is unpredictable and aggressive, Francis is downright sadistic and dangerous. No one is threatened with being thrown in a pit of dead cows in Burn This!


I don't know if Bouchard and/or Dolan were inspired by Wilson's play at all (I couldn't find any reference to this online), but the similarities in the stories at their bases are striking. Even if there is no connection, the contrasts between the two are so fascinating to me because they show how different storytellers can take one scenario and change it so much depending on whom they decide the protagonist is, which facet they choose to look through.

Burn This was 100% worth the weekend trip across the country. Seeing Driver act onstage was just as electrifying as I'd hoped. I was expecting his vulnerability and energy, but was surprised by his flawless comedic timing (maybe because I've never watched Girls?). The aforementioned Uranowitz was hilarious. David Furr, as Anna's wealthy screenwriter boyfriend Burton, brought an approachable humanity to the role. Russell didn't seem as natural onstage as her three Broadway-vet castmates, but she was still deeply affecting and has time to get more comfortable (the show is still in previews and officially opens April 16, running through July 14).