Putting together "best of" lists in these times can feel frivolous, and last year I never got beyond a perfunctory list of my favorites. 2018 was a blur of more awfulness and protests, plus getting out the vote and progress in the Mueller investigation. It was also a damn fine year for cinema, and I got the list together. Here are my favorites in various categories (and 2017's picks at the end).


Annihilation: This movie reminded me of Under the Skin in several ways, including the audience's love-it-or-hate-it reaction. I loved it, but there was a lot of weird laughter at dramatic moments in my screening. Great special effects, and I preferred this contemplative, ambiguous film to director Alex Garland's debut, Ex Machina.

Blindspotting: With Black Panther, Sorry to Bother You, and Blindspotting, 2018 was a big cinematic year for Oakland. Directed by Carlos López Estrada and written by and starring Daveed Diggs and Rafael Casal, tonal roller coaster Blindspotting looks at a contemporary, gentrifying Oakland and police violence.

The Death of Stalin: I watched this movie twice this year. Once in theaters, and then again after Brett Kavanaugh was confirmed to the Supreme Court. Totalitarianism is a cancer, but the way its aggrandizement and increasingly ludicrous untruths inevitably paint its loyalists into corners is ripe for satire. How else to capture the whiplash of absurdities and atrocities?

Hereditary: As in other A24 horror movie The Witch, a teenager must deal with not only a malevolent supernatural entity, but with guilt, grief, and the weight of the family's blame in the aftermath of a tragedy. Toni Collette and Ann Dowd are powerhouses.

The Favourite: I went into this expecting to be wowed by Olivia Colman, and was even more wowed than anticipated. Yorgos Lanthimos takes a historic event (Britain's withdrawal from the War of the Spanish Succession) and gives us a tightly wound story of politics, power plays, chronic illness, abusive relationships, and Mad Max: Fury Road's Nux in elaborate 18th Century finery.

Burning: Based on a short story by Haruki Murakami, this slow burn by Chang-dong Lee is a master class in cinematography and tension. It's also very much of the zeitgeist. In Burning, Seoul's underemployed millennials live in cramped, dark studios or their parents' houses and compete in the marginal gig economy while their 1-percenter peers lounge in the tony Gangnam neighborhood Psy made world-famous a few years back. The three lead actors (Ah-in Yoo, Steven Yeun, and Jong-seo Jun) are excellent. 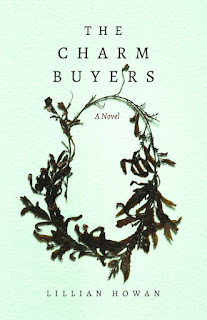 Moriarty by Anthony Horowitz: This twisty post-Reichenbach Falls Sherlock Holmes novel deals with whether or not math professor/crime lord James Moriarty survived that incident. Includes my new favorite Moriarty origin story. (Fans of this sort of thing might also want to check out Professor Moriarty: The Hound of the D'Urbervilles by Kim Newman.)

The Charm Buyers by Lillian Howan: One of the highlights of 2018 was reading at Lit Crawl, an annual evening of literary readings across San Francisco's Mission District. After my group's reading, a few of us ended up at a reading where Lillian Howan read a short story so powerful that I had to look her up and order her novel. In The Charm Buyers, Marc Antoine Chen, a member of the Chinese Hakka community in Tahiti, has a loving extended family and is the heir to a fortune in black pearl cultivation. But Marc seems determined not to make life easy for himself, shunning his father's business in favor of his own illegal operations and falling for first his cousin and then an older French woman. When his cousin falls ill, Marc must decide whether or not to potentially sacrifice everything for her.

The Yonahlosse Riding Camp for Girls by Anton DiSclafani: Just squeaking in under the wire (I devoured this book over the holidays) is this Depression-set page-turner about a Florida teenager sent away to a remote girls' boarding school after a mysterious, scandalizing incident. Horses + a narrator who's a prickly but engaging addition to the "coming of age" genre.


While the movies I loved this year often starkly confronted our current times, I looked for laughs and comfort in other media. This year I finally started watching (and quickly got caught up on) The Good Place, which, despite being about death and Hell, is a warm blanket and cup of tea of a show. Honestly, few things have helped me with my anxiety as much as William Jackson Harper's Chidi.


Pelleas & Melisandre: I attended all three of West Edge Opera's summer productions, and this Debussy opera directed by Keturah Stickann was my favorite with its lush, sensuous sets and costumes. For 2019, I'm most looking forward to Elkhanah Pulitzer's take on The Threepenny Opera!

Fury: A ballet based on Mad Max: Fury Road? It works!

Antony & Cleopatra: A National Theatre Live production with Ralph Fiennes and Sophie Okonedo as Shakespeare's hot mess couple? Yes, please! I bought this ticket impulsively on a Bad News day (I don't even remember which one), but it was well worth the drive to the Lark Theater in Larkspur. 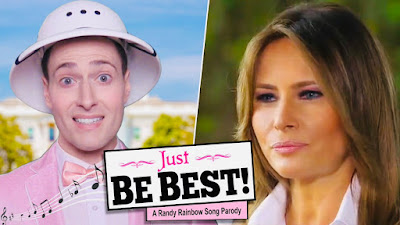 Randy Rainbow: Another year of the Trump Administration, another year of Randy Rainbow keeping us sane! Throughout the lows and lower lows of 2018, Randy was there with timely song parodies. My personal favorite this year was his Gilbert and Sullivan take on "a very stable genius," but other topics included Rudy Giuliani joining Trump's legal team and the ever-intensifying Mueller investigation. Can't wait to see him live with my mom in 2019!

Books:
Lincoln in the Bardo by George Saunders
A Brief History of Seven Killings by Marlon James
The Decameron by Boccaccio

Movies:
The Florida Project
Paterson
Call Me By Your Name